How Often Do You Really Need To Pump Your Septic Tank?

This is a question that comes to mind very often for the majority of the people who do not stay in the city. In the cities, there are usually community waste disposal systems and thus, most homeowners rarely have to think about how their wastewater is disposed of. For other houses not located within the city or houses not connected to the community sewage system, there’s a need to be more proactive about sewage disposal.

Generally, we are made to believe that septic systems last forever, but in reality, nearly 10-30% of systems fail every year. One of the major reason why septic tanks need to be emptied repeatedly is overload, and just because there hasn’t been any major problem doesn’t mean that one should neglect the responsibility of maintaining it properly.

Bacteria convert most of the solids in the septic tanks to liquids, but some solids do remain and that is why septic tanks need to be pumped regularly. These solids are either very slow to break down, or do not decompose at all. Over time, these solids add up in two layers within the tank. The scum, which is lighter than water flows on top of the liquids in the tank, examples of such are; fats, oils, and greases. The sludge which is another accumulated layer settles at the bottom of the tank. If these solids go unattended to, they clog the field lines and the system will need to be replaced.

Failure to pump the septic tank frequently enough can lead to an early drain-field failure which could further lead to costly repairs. While one could also be wasting a lot of money when the septic tank is pumped too frequently. As such, it is very important to know specifically how often one needs to pump his/her septic tank.

A lot of people often ask about how they would know if their tank is full, the fact is; a septic tank is always full. After pumping the septic tank, it takes less than a week to get filled with liquid waste. This is absolutely normal, the major concern is the solids that have settled to the bottom of the septic tank and those that have floated to the top. But since the solids cannot be removed alone, they are usually pumped out with the liquids.

Generally, it is advised that septic tanks should be pumped once in every two or three years, but it also important to consider factors like; the size of the septic tank and how many people live in the house full time.

It is in your best interest to call professionals to pump out the septic tank as they are specifically trained to handle the waste and dispose of it at an approved processing facility. More importantly, the cost of maintaining your septic system is far less than what you will end up spending if you prematurely destroy your drain field. 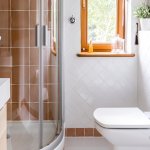 Septic Tank Treatments: What Are They and Should You Use Them?Tips & Tricks 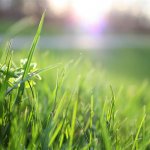 Signs That Your Septic Tank Is FullTips & Tricks