Don’t Put These Common Items In Your Garbage Disposal

Unlike the popular legends about drains and garbage disposals, it turns out that they are more vulnerable than we are made to actually believe. Your garbage disposal cannot handle everything and it can easily get clogged if not properly maintained. As jagged as it might look, there are certain things you should never put in your garbage disposal.

There are only a few meals that you can make without using cooking oil. Even at that, you shouldn’t put excess oil in your drain as it can easily thicken and clog your drain. Sure, your garbage disposal can handle this fat, but your pipes will not. This will invariably affect your sewer system.

Garbage disposals have the ability to grind and dispose of food waste. But the fact that they can grind doesn’t mean that they can handle very hard items such as bones. In as much as this might be very tempting, it is a sure way to reduce the lifespan of your garbage disposal.

Animal shells like eggs seem like fragile materials that can be easily handled by your garbage disposal, but the truth is; the shells can easily stick to your drain and clog it.

The thin wet layer of the onion that is often removed before the onion is chopped is actually thin enough that it can pass through the garbage disposal. It can then wedge in the drain, trapping foods that come in after it and end up clogging your drain.

We have all heard that coffee beans can help to deodorize things. The fact is that; dropping coffee grounds into your garbage disposals with the hope that it could be of some benefit will only end up causing more harm than good. Coffee grounds can stick in your drain pipes and cause a messy clog.

Oatmeal, rice, and pasta have a tendency to expand in water which makes it easy for them to expand in your pipes and become a trap for other food debris. Most plumbers have always attested to the fact that majority of the clogs they have had to deal with started with these three.

Materials that are not biodegradable should never go into the garbage disposer. Even napkins and tissues can cause a major problem.

The garbage disposal is an integral part of every kitchen, it is an easy way to get rid of most of the waste you generate in the kitchen but not all. In as much as you want to get the best out of your garbage disposal, you should be very careful of the things you dump into it. Having to deal with a clogged drain as a result of not being careful enough wouldn’t be good enough. 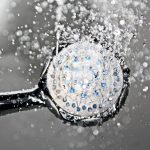 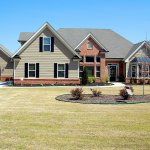 How Long Will Your Septic Tank Last?Tips & Tricks